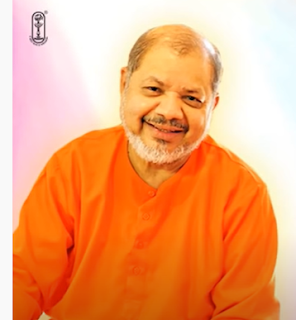 Lord Yama says: “Oh Nachiketa! I, who am well aware (prajAnan) of this Fire, will tell you this Agni (rite) which leads to heaven (svargyam), you understand it from me (nibodha) with attention. This Fire is the attainment of infinite world (anantalokAptim - relatively infinite world – heaven) and basis of this whole universe (pratishtAm), know it to be lodged in the cave of intellect (nihitam guhAyAm) of those who know it.”

PratishtA – This fire is not just the ordinary fire we know, it is the basis of this world. Fire is not just flames, It is the heat element whose ultimate reality is Brahman. In its essence, Fire is the very root of the world.

To him (Nachiketas), Mrtyu told the knowledge of Fire, which precedes the world (Virat is the first embodied being), what type of bricks are to be used, how many, how these are to be arranged, how the fire is to be kindled, etc. This is not the main topic of Upanishad and so is not dealt in detail. Nachiketas too repeated verbatim (pratyavadat) with understanding and with all the details (when tested by Yama). Yama Bhagavan was very pleased once more and wanted to give one more boon besides the three.

If we are pleased with someone we want to give something. Yamaraj is mahAtmA – one who has a large heart (akshudra-buddhi – no narrowness). Pleased with shishya’s quality, He granted then and there that the ritual will be named after Nachiketas and also presented a garland made of gems of various hues.

knowledge of some other rituals capable of giving various fruits (various karma gati); or it could mean the Necklace of Grace of Guru, Yama Bhagavan.

Anyone who performs this ritual as pointed below

TrinAchiketah – one who performs the ritual thrice or has received the knowledge (Shravanam), reflected deeply (Mananam) & practised the ritual (anushtAnam)

trikarma krit – one who does 3 things – sacrifice (yagna), charity (dana) and austerity (tapa) or yagna-adyayana-dana karta

nicchAya – meditating on Virat as oneself – upasana

Such a seeker gets atyanta shanti – peace;

How? Through the ritual and meditation on VirAta Purusha as oneself (the Total Consciousness associated with Gross world), one’s mind gets purified of selfishness, it expands, becomes subtler and identifies with the totality. The worldly things are too petty to disturb his peace attained by oneness with totality.

Thus the result of the karma and upasana is svargaloka prApti - vairAjya padam. But if done without desires the action gives purity of mind and the meditation gives single focus of intellect.

One who knowing the three details of the type, number and arrangement of bricks, does the nAchiketa ritual as said above and meditates as said above (evam vidvAn) such an individual casting off (pranOdya) the bondages of death (disease, etc.) before the fall of the body (puratah); becoming free of sorrow; rejoices in svarga loka.

We see Yamaraj already referring to the ritual as nachiketa agni.

1.1.19 – conclusion of second boon and karmakanda

Yamaraj says: “This knowledge of Fire; which is the means of svargam is that what you had asked for by your second boon. This knowledge will be famously known by your name (as granted by me through the extra boon). Choose the third boon, Oh Nachiketa.” By granting the third one, Yamaraj can be free of all obligations. With this concludes the second boon

Up till now, we have seen the virtues of seeker through character of Nachiketas. This is adhikari lakshana. Now we enter into the vishaya, actual subject matter of the Upanishad. The first boon was for his father, second for the society and now the third boon…