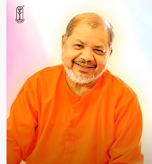 ShrEyas alias vidyA and prEyas alias avidyA are poles apart because the goal, seekers and means are all different. Those who seek the later come again and again under the sway of death.
When a competent teacher and student come together it is a wonder. Why is it not comprehended even after being instructed? The answer is given.

This atma tatvam is not easily understood  (na suvigjnEyah) when it is taught, instructed or revealed by a teacher of inferior quality (narEna avarEna) who may be learned and a good speaker but called inferior if mind is not purified and not abiding in the knowledge.

In any Medical college anywhere in the world, anatomy is taught the same way. But Atma jnana is thought of in many different ways (bahudha cintyamAnah). Some schools of thought say it is like atom and others say it is subtler than that. Merely based on logic (nyAya), they go on postulating. No sooner than one postulates a theory, another refutes it.

gati atra nAsti – gati – means samsara-gati, ignorance, confusions. i.e. there is no coming back to samsara gati (or) Ignorance and doubts cannot remain for the listener.
If one is merely well versed in shAstra, he would speak of Atman as ‘it is said in shastra this way…’ and so on and not as his own Self. This can certainly not clear the doubts or create conviction in the heart of the students.

Not only knowledge but this intense longing also does not come (na ApanIya) by mere logic (tarkEna). Neither such a mind-set (matih) of intense longing be gained by mere intellectual argumentation (tarka) nor can it be removed.

anyEna prOktA – when taught by someone other than dry logicians, that is by a realized person, then it is understood well (suvigjnAnAya)

Yamaraj ji affectionately, compassionately tells Nachiketas “you have got satya dhriti – steadfastness in Truth/true resolve. You are a true seeker” Shankaracharya ji adds in bhashyam “this buddhi you have got by Yamaraj's grace” referring to the srinkAm necklace.

Yamaraj ji further appreciates saying “May we get such seekers of Knowledge (students or sons) like you”.
Yamaraj ji goes on to say ‘you have excelled me.’

I knew that treasure (shEvadhI) of karma phala is temporary (anityam).  By impermanent, time bound, limited actions we cannot get the nitya vastu(dhruvam).  Nastyakrit kritena Mundako 1.2.12
I knew and yet I performed that ritual (nAchiketa agni) perfectly with ephemeral things and got the yamaraj padam which is nityam although only relative.

But why is Yamaraj ji not getting to the point? First chapter gives vidyArthi mahima – glory of seeker of knowledge. Rarity and Glory of Knowledge is also pointed. Yamaraj ji ensures Nachiketas has not changed his mind in the meantime but he is a satya dhriti, one with firm resolve.

This is a road less travelled and totally against the usual flow, so some even after making the choice doubt whether they did right. Yamaraj ji gives confirmation that the path chosen is the path. He expresses appreciation & congratulates Nachiketas “may we get students like you! You have excelled me” This shows greatness of the teacher.

Yamaraj ji says even he knew that everything is temporary but still that desire was strong to attain the yama padam/ svargalokam. Sometimes we too feel we understand the value but somewhere there is some block in abiding in it. For example, if there is no water flowing in tap although tank is full, it indicates some blockage. Some purva janma vasana/ strong deep desire may be blocking our intensity from expressing. Hence each one must have objectivity in introspection to find out and clear the block in spiritual progress.

Yamaraj is saying he knew the absolute Truth but some desire was blocking and he could not abide. After performing the ritual and attaining yama pada, the desire went away clearing the block and the Self Knowledge manifested/shone in his heart without hindrance. Yet he has to go through the karma phala( the results of the ritual) and so he is still in yama pada fulfilling his role. Yamaraj is much like a Jivanmukta of this world. A Jivan mukta (one who realizes the Truth while living in the body), could be in any role, Indra or Yama or Janaka, a king or a householder or a sannyasi, it does not matter. His individuality is merged in the Supreme.

SarvathA vartamAnopi sa yogi mayi vartatE  Bhagavad Gita 6.31
Nachiketas reframes the question after bhagavan’s speech. His prior vagueness about his quest is gone and clarity shines forth.