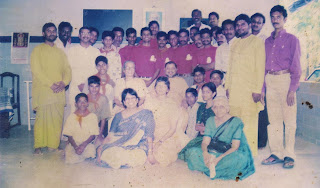 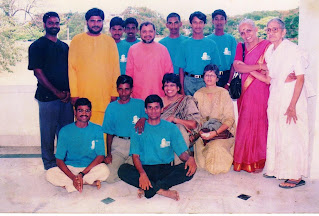 It was the day of Bhoomi puja for Sarveshwara Dhyana Nilayam. Pujya Gurudev was taking a stroll after the pooja surveying the site when a woman carrying an infant came running to Gurudev. She was crying as she laid the child at Gurudev's feet. She was desperate to save her sick child. In those days (1987), there were no hospitals or clinics owned by Government or private in proximity. The sick had to travel all the way to Chennai Government Hospital on those poorly laid roads. To add to this, bus transportation was not frequent. Gurudev looked at the woman and the infant. Turning around to the devotees present around He said "A clinic should be here prior to the temple". Shri Ananth, a devotee present in the crowd made an instant donation towards the medical center. Two years later when Pujya Gurudev arrived to consecrate the lingam temple in Oct 1989, AFMC (Ananth Free Medical Center) was up and ready to be inaugurated. Gurudev inaugurated AFMC on October 14th, 1989, one day before the consecration of Sarveshwara Dhyana Nilayam.


Gurudev advised the Sevaks to collect a minimum fee of Rs 2/- or Rs 5/- from the patient so they valued the treatment and medicines given. Thus the facility was renamed to ACMC, Anant Charitable Medical center. Initially a host of doctors with service oriented minds gathered in groups and came over weekends offering free service to the rural ailing poor. People would queue up from 4.00 am and tokens were distributed from 5.00 am. All through the day doctors saw the patients and many youth volunteers from Chennai and villages helped to distribute medicines.

In the beginning, when ACMC was functioning only once a week, there used to be around 600 patients every Sunday. Sometimes even closer to 1000.

Doctors who have served at ACMC in the initial days include Dr.Mridula Menon, Dr. Kamala Chidambaram and Dr. Pari

MV diabetes centre is serving the villages since 1993 through ACMC. Every month 1st Sunday they conduct a diabetes camp.

Shankara eye hospital is working with us to treat cataract and other related eye problems. They are visiting Thamaraipakkam center since 1996. Every week Monday diagnosis is done. And later, once a month the patients are taken to their hospital, given treatment, food and hospital room rent - all for free. In a year, they perform around 1000 cataract surgeries for free.

Ramachandra Hospital served through ACMC from 2005 to 2010. During this time, they provided dental care.

Also in the past, regular multi specialty camps were organised yearly. 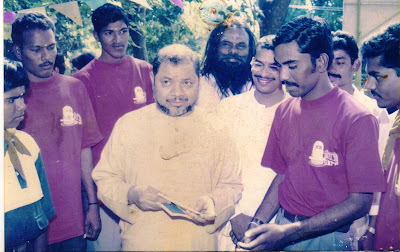